Meyer vs. Meyer: All Female Final at Tulsa The Randy Meyer Racing Team has been racing at Tulsa Raceway Park for decades but has had a wide range of success at the Lucas Oil Drag Racing Series event held at the track in June. Last year, driver Megan Meyer earned a Runner-Up finish to James Stevens, ending her streak of a perfect 5-race win record.

This year, Megan and her sister, Rachel Meyer, who was driving the team’s second A/Fuel Dragster, dominated the field. The girls were the only females competing in the 8-car field and were very successful taking down the boys. Megan and Rachel qualified first and second with a 5.22 ET and 5.25 ET respectively, running over a tenth of a second ahead of the competition. 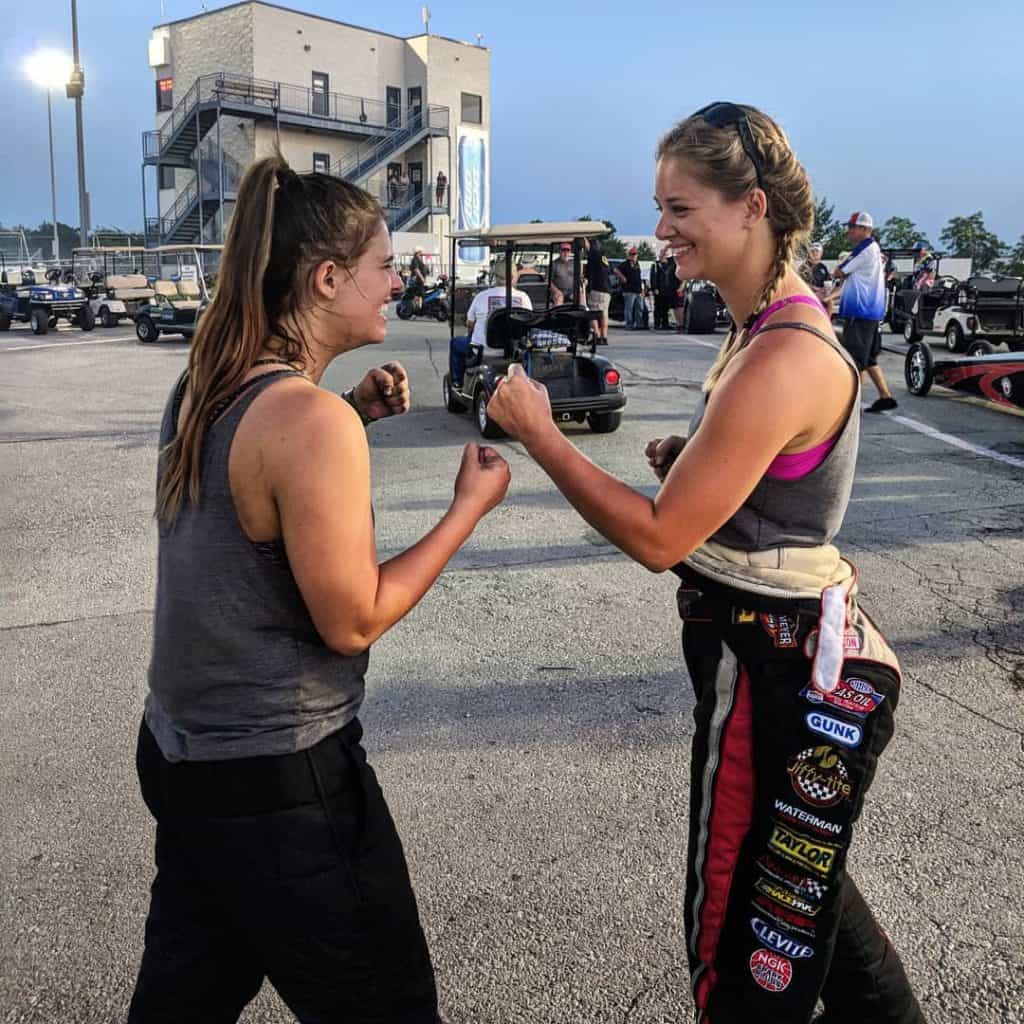 After defeating Terry Schmidt and Dean Dubbin in first round, Megan and Rachel both won in the semi-finals against Gary Cooper and Spencer Massey. Megan had the faster time to get lane choice over Rachel, which set up the Meyer Sisters for the first time to race each other in the nitro-injected machines. This is only the third time in history that both Randy Meyer Racing dragsters have faced-off in the final round.

“This race in the final round was the most fun, yet most intense, race I’ve ever had,” said Megan. “I have always wanted to race against my sister in the Top Alcohol Dragsters, and it couldn’t have come at a better time. We both gave it our all and had one of the closest drag races I’ve ever seen. My dad and our guys worked hard in the heat to give us the best race cars and I couldn’t have asked for a more perfect birthday weekend.”

With this win, Megan takes over the points lead for the Central Region of the Lucas Oil Drag Racing Series. The next event for the Meyer Sisters will be on July 27-28 in Topeka, Kansas where Rachel hopes to get redemption against her sister.

But before that, the Randy Meyer Racing Team will head to Norwalk, Ohio for the NHRA Summit Nationals. Supporting Megan at the National Event is NGK Spark Plugs, Lucas Oil, and Celsius Live Fit drinks. Megan will have her A/Fuel Dragster on display at the Menard’s located in Sandusky, Ohio on Wednesday, June 20th from 4-6pm. Joining Megan in competition is teammate Justin Ashley.